How I started my first Online Business in 2005 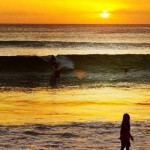 home from 5 months of backpacking in Southeast Asia, I could not forget the fantastic feeling I had when I tried surfing for the first time in Kuta beach in Bali!

Being a student at the time, I saved up some of my very limited savings and started searching the Internet for places where I could learn to surf…

I found many “surf camps” around the world that offered a package deal of accommodation, food and surf lessons. It suited me perfectly, and I signed up for one week surf camp on Lanzarote, one of the Canary Islands.

Booking this trip was a real hassle! The website of the surf camp was really crappy; likewise were the payment options and the information I received from the surf camp via e-mail.

When I arrived at the Lanzarote airport, I was waiting for someone from the surf camp to pick me up. I still remember the itching feeling that I had been fooled. I had sent a large deposit to a company which I had doubts even existed. However, eventually my escort arrived and brought me to the surf camp where I had a fantastic week. I developed my (very poor at that time) surfing skills a lot and met several new friends from all over the world, who were there for the same reason that I was.

During the week I got to know the surf camp manager, and I gave him constructive feedback about the whole booking process and how they needed to develop their website and payment options. The owner was an excellent surfer, but technology was not “his thing”. He received the feedback with a sigh and told me, “Robert, look, these online things you mention are not so important to us. Look around you; we already have customers coming from all over the world, having a great time here“.

The last day of my stay we spoke briefly again. He had probably felt the strong drive I have for these ideas and he came up with a proposal. “Robert, you know we don’t have so many customers from your country, Sweden. Maybe you want to be an agent for us and arrange some more Swedish customers? We will give you a commission.”

On the plane back home I thought through the proposal I had received. Could it make sense? I made some “guesstimates” about how many people in Sweden could potentially be interested in going to this surf camp in Lanzarote, and how big a share of them I could capture. It did not make sense.

But then another thought struck me. What if I would not only offer one surf camp, but maybe ten or even twenty, and what if I focused on a global audience, instead of just the Swedish market?

One year later, my best friend Johan and I were crossing out bullets on a paper. The paper contained a list of business ideas we were considering to try out as entrepreneurs. The list was long and it took us some time to evaluate all the ideas. After intense discussions the only remaining word on the list was “surf camps”.

We didn’t think that the “surfing” business had the best business potential, but it seemed decent and doable. Most importantly, it was an idea which could be tested without any capital (we were basically broke) and with limited effort. Another point was that I had developed a maniac passion for surfing, and this business idea could get me closer to the waves.

We spent around five weeks that summer creating the first version of unitedsurfcamps.com, setting up a legal company, arranging bank accounts and a payment service provider. At that time we had no prior knowledge of web-programming; we just learnt through free tutorials online. We launched the site and bought some keyword exposure on Google AdWords.

After three days of impatient waiting we secured the first booking. The feeling was incredible, it worked!
During the last decade UnitedSurfCamps.com has been the leading provider in our niche, enabling thousands of people to learn to surf at the 25 surf camps we promote worldwide. The website has been completely rebuilt twice and does no longer contain any of the original code I once wrote.

The left picture above shows the first “home built” version of the website in 2005, while the right one is the v3.0 which is active since 2013.

Feeling inspired? Get the full story in my e-book! 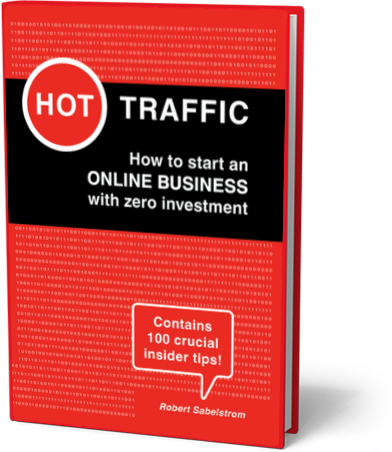 HOT TRAFFIC is a 145 page E-book that will teach you how to:

All that packed into 100 practical, actionable, fully tested tips that will lead you to succeed with your online business!